Q: Are there any wild deer on the Isle of Wight?

A: Yes, deer of various species have been seen in many parts of the island

Q: Are deer native to the Isle of Wight?

A: Yes, both Red and Roe deer are native to the island

A: Yes, this is one of the many ways that deer help to enrich woodland biodiversity.

Q: Are any of the island’s deer breeding?

A: The presence of young animals indicates that they are.

Q: How many deer are there on the island?

A: The island does not appear to have ever been properly surveyed to determine deer numbers so for now nobody seems to  know.

A: Yes, they are strong swimmers and the hollow hairs in their coats add to their buoyancy.

Q: Can large uncontrolled concentrations of deer like Fallow and Muntjac deer harm the environment?

A: Unfortunately yes, especially in areas where they are poorly managed and there is no best practice based  deer management plan in place. 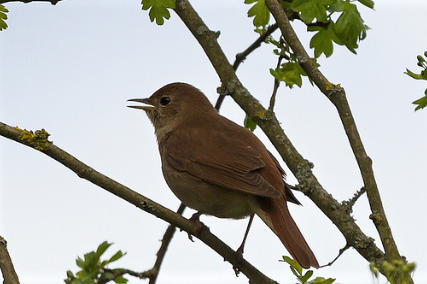 Q: Are deer beneficial to rewilding?

A: Our special Isle of Wight woodlands evolved in the presence of native Red & Roe deer. Without sufficient grazing pressure from large herbivores such as deer retarding some of the woody regrowth, some of the rich wood edge ground flora and insects that depend on these habitats will die out. The island has already lost plants such as the Wild Gladiolus, and butterflies like the Duke of Burgundy, Small Pearl-Bordered Fritillary and Large Pearl Bordered-Fritillary. So it would appear that wild deer can be an essential component of rewilding projects.

Q: Are Nightingales unique to the Isle of Wight?

A: No. According to the BTO Nightingales are migrating birds found primarily across south east England an area which also supports strong populations of wild deer.

Q: Did all the island’s deer escape from deer farms?

A: No, Freedom of Information requests with the public authorities reveal that there is no hard evidence of any deer farm escapees on the island

Q: Do red squirrels and dormice co-exist with deer on the island?

A: Archaeological records indicate that native deer, red squirrels and dormice have flourished together in the islands woodlands for thousands of years in the past. 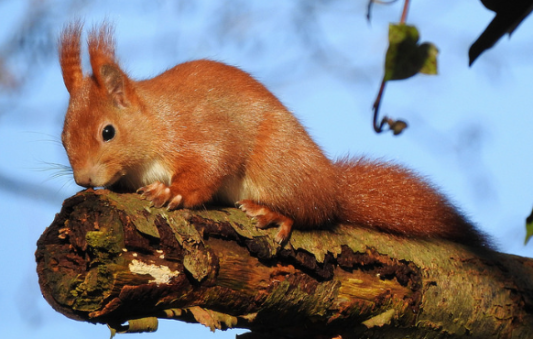 Red squirrels, dormice, red & roe deer are all found on the Isle of Wight – A unique assemblage of woodland mammals in the south of England.

Q: Where can I go to on the island to see wild deer?

A: Almost anywhere out in the countryside, but deer are nervous creatures that do not enjoy human company. Unless you are very lucky the deer will detect you well before you have seen them but do look out for their footprints. If you want to see more easily accessible captive deer on the island Newclose Farm near Carisbrooke has recently opened to visitors.

Q:How do dormice benefit from the presence of wild deer?

A: The light grazing of a well managed native deer population helps to maintain the diversity of species and woodland structure which supports strong dormice populations 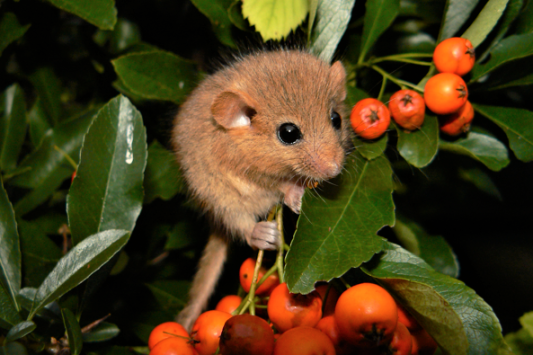 Q: Are fallow deer native to the Isle of Wight?

A: In many ways yes. Fallow deer were present across southern England during the last interglacial period but did not survive here during the last ice age. The Romans may have reintroduced them but DNA tests link modern day fallow to the Norman era. They released fallow deer into Parkhurst forest where a population of several hundred of these deer lived right up until the end of the 18th century. Fallow are now described as a naturalised native and the Deer Act treats them identically to the other native species, red and roe.

Q: Which woodland butterflies benefit from the presence of deer?

A: Butterflies that like to feed in woodland clearings such as the Duke of Burgundy, Pearl-Bordered & Small Bordered Fritillary benefit from the grazing action of deer on vigorous plants such as Bramble & Sycamore. When plants such as these are retarded the nectar rich woodland ground flora on which the butterflies feed are able to prosper.

Q: Do deer cause or spread Lyme Disease?

A: No, they are known as incompetent hosts for the causal bacteria  Borrelia burgdorferi, in short the deer’s antibodies deal with the infection without passing it on elsewhere.

Q: Which birds & mammals benefit from the presence of deer?

A: Tawny owls are better able to hunt in woodlands that contain some open spaces, without the ability to catch their prey, even if it is present, they will not settle down to breed. Along with the Greater Horseshoe bat they feed their young on the coprophagous insects found in deer dung.

Q: What deer species are found on the island?

A: Since the start of the 21st century Red, Roe, Fallow, Sika & Muntjac have all been seen here.

Q: How does woodland biodiversity benefit from the presence of deer?

A: Their grazing or browsing helps to slow the progression of some woodland growth to an eventual dense canopy, this helps to provide the mosaic habitats in which numerous woodland creatures thrive including many species of bats, birds, rodents, butterflies & beetles to name just a few. By grazing off more vigorous overgrowths and by seed dispersal in their dung a rich woodland ground flora can develop.

For periodic updates on the island’s deer please email deerwight@gmail.com, if you have seen some deer on the island please take part in the Isle of Wight Deer Survey

Thank you for your interest and support

External links that you may find interesting:-

Photos of deer on the island – Isle of Wight Deer Album

This site uses Akismet to reduce spam. Learn how your comment data is processed.